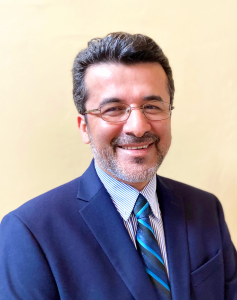 Welcome to the Electrical and Computer Engineering (ECE) Department at the University of Florida (UF). The ECE Department at UF has a long and storied history—since 1909, we have been engineering impact and innovation while creating the best workforce in electrical and computer engineering for the state of Florida and for the nation. Our research, discoveries, and the resulting technologies continue to touch lives everywhere—enhancing the economic and social well-being of all Floridians and citizens of the world in innumerable and impactful ways. Since our beginnings, we have grown into one of the largest and most successful departments in the Herbert Wertheim College of Engineering (HWCOE). And the best is yet to come. Our overarching vision includes:

You will hear more about these initiatives as the year progresses. The ECE Department is blessed to have world-class faculty, staff, and students who thrive on innovation and collaboration, as we work together to address the 21st century’s most pressing technological and societal challenges.

Mark M. Tehranipoor is currently the Intel Charles E. Young Preeminence Endowed Chair Professor in Cybersecurity and the Chair of the Department of Electrical and Computer Engineering (ECE) at the the University of Florida. He is was the founding director of the Florida Institute for Cybersecurity (FICS) Research, and currently serves as director of the Edaptive Computing Inc. Transition Center (ECI-TC), co-director for the AFOSR/AFRL Center of Excellence on Enabling Cyber Defense in Analog and Mixed Signal Domain (CYAN), and co-director for the National Microelectronic Security Training Center (MEST). He also served as the Associate Chair for Research and Strategic Initiatives for the ECE Department from 2017-2019 and the Program Director of Cybersecurity in the Herbert Wertheim College of Engineering from 2019-2022. His current research projects include: hardware security and trust, electronics supply chain security, IoT security, and reliable and testable VLSI design. Dr. Tehranipoor has published numerous journal articles and refereed conference papers and has delivered more than 220+ invited talks and keynote addresses. In addition, he has 15 patents issued, and has published 13 books of which two are textbooks. His projects have been sponsored by 50+ companies and government agencies.

Dr. Tehranipoor is a Fellow of IEEE, Fellow of ACM, Golden Core Member of IEEE Computer Society, and Member of ACM SIGDA. He is also a member of the Connecticut Academy of Science and Engineering (CASE). He is a recipient of 14 best paper awards and nominations, the 2009 NSF CAREER award, the 2014 AFOSR MURI award on Nanoscale Security, the 2008 IEEE Computer Society (CS) Meritorious Service award, the 2012 and 2017 IEEE CS Outstanding Contribution, the 2010 and 2016 IEEE TTTC/CS Most Successful Technical Event for co-founding and chairing HOST Symposium, the 2018 IEEE HOST Hall of Fame Member, the 2009 and 2014 UConn ECE Research Excellence award, the 2012 UConn SOE Outstanding Faculty Advisor award, the 2016 UF College of Engineering Excellence in Leadership award, the 2016 UF ECE Research Excellence Award, the 2020 UF’s College of Engineering Teacher/Scholar of the year award, and the 2020 UF Innovation of the Year Award.

Over the years, he has led a number of major initiatives in the domain of microelectronics security and trust. He co-founded the IEEE International Symposium on Hardware-Oriented Security and Trust (HOST) and served as HOST-2008 and HOST-2009 General Chair and continues to serve as Chair of the Steering Committee for HOST. He also co-founded IEEE Asian-HOST and the IEEE International Conference of Physical Assurance and Inspection of Electronics (PAINE). Further, he co-founded the Journal on Hardware and Systems Security (HaSS) and currently serving as EIC for HaSS. He is also led development of Trust-Hub, sponsored by the National Science Foundation (NSF). He served as associate Editor-in-Chief (EIC) for IEEE Design and Test of Computers from 2012-2014. He is currently serving as an Associate Editor for IEEE Design and Test of Computers, JETTA, Journal of Low Power Electronics (JOLPE), ACM Transactions for Design Automation of Electronic Systems (TODAES), IEEE Transactions on Computers, and IEEE Transactions on VLSI (TVLSI). He has served as an IEEE Distinguished Speaker and an ACM Distinguished Speaker from 2010-2013. Further, he served as an ambassador of cybersecurity for IEEE from 2016-2020.

Prior to joining University of Florida, Dr. Tehranipoor served as the founding director of the Center for Hardware Assurance, Security, and Engineering (CHASE) and the Comcast Center of Excellence in Security Innovation (CSI) at the University of Connecticut.

You can find his detailed CV here: [CV].